Sage Advocacy, the National Advocacy Service for Older People, in 2021 experienced a 7% increase in referrals over 2020 – a 13% increase in new cases opened and a 56% increase in information and support calls.

The organisation, which also provides support and advocacy to some vulnerable adults and healthcare patients, noted in its Annual Report & Financial Statements for 2021 that nursing homes and hospitals were the largest source of referrals.

‘Desire to move residence’ and ‘Financial’ were the two most common primary reasons recorded in the almost 1,500 new cases opened during the year.

Sage Advocacy, which uses the RAG (Red-Amber-Green) ‘traffic lights’ system for classifying its cases noted a steep rise in the level of ‘amber cases’ and pointed to a steady trend towards more complex case issues. Dublin North and the North-East as well as Cork and Kerry were the regions with the largest number of cases. By far the greatest number of clients were aged 60 – 90+.

Over 2,500 calls were logged by the Information & Support Service, many of them about residential care issues and access to community services; although there were many other calls not logged because of shortage of staff and spikes in demand.

Sage Assistant Executive Director Bibiana Savin who is the responsible for case management and support, pointed out that since Sage Advocacy was first established in 2014 it has been providing an independent advocacy service in homes, nursing homes and hospitals.

“Regardless of the care setting in which people are Sage Advocacy has gained a well-deserved reputation for responding quickly to requests for support and we make every effort to ‘go the extra mile’ on behalf of our clients and to avoid putting people on a waiting list”, she said.

The Chairperson of Sage Advocacy, former Law Reform Commissioner Patricia Rickard-Clarke, said she would welcome an initiative by the Minister for Older People to bring greater coordination and focused funding to independent advocacy services.

“The establishment of the Decision Support Service and the implementation of the Assisted Decision Making (Capacity) Act 2015 will likely bring an increase in demand for the services of Sage Advocacy.”

She pointed to the code for independent advocates drafted by the Decision Support Service and indicated “a need for a National Council for Advocacy to ensure quality standards, adequate training, continuous personal development and equitable resourcing across the sector.”

“Sage Advocacy’s work is genuinely independent although it is funded by the HSE. Other patient complaints and advocacy services are also funded by the HSE, the Department of Health and the Department of Social Protection. Ministerial involvement would be helpful in addressing coordination of planning, legal recognition of the role of independent advocacy, good governance and guarantees of operational independence.”

Sage Advocacy clg is a registered charity which operates nationally and is based on Ormond Quay in central Dublin. The development of Sage Advocacy has been influenced by the scandals of Leas Cross in 2005, and Áras Attracta and Portlaoise Hospital in 2014.

First established in June 2014 as a support and advocacy service for older people by the HSE, The Atlantic Philanthropies and Third Age, Sage Advocacy clg was established in September 2017 and on March 1st 2018 it assumed full responsibility for the governance and future development of the service. On July 1st 2018 the patient advocacy services, previously provided by Patient Focus, moved to Sage Advocacy.

Sage Advocacy is currently funded by the HSE although it has also received funding from the Dept of Justice, the EU Erasmus+ Programme and the Irish Human Rights & Equality Commission. Its financial statements for 2021 indicate an expenditure of €1,647,245 of which 71% was spent on advocacy, 17% on Information & Support and 3% on Operations / Administration. 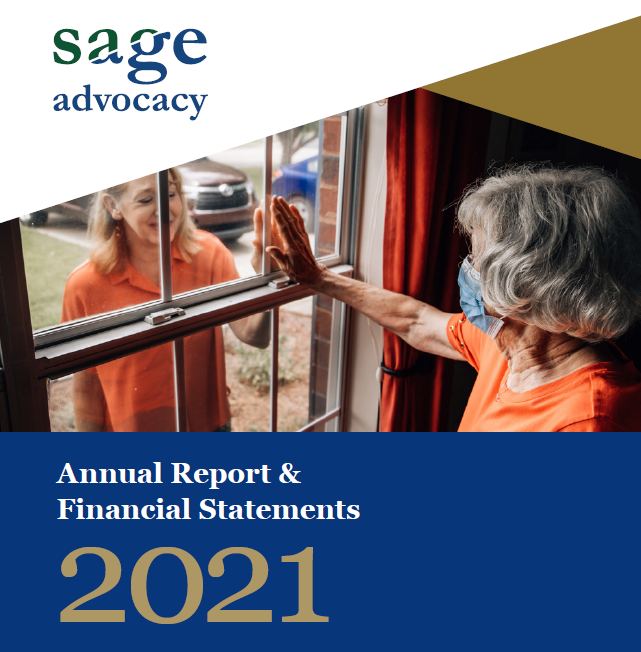