80% have not considered where they would like to be cared for - Safeguarding Ireland February 17, 2020

80% of adults have not thought, or talked about, where they would like to be cared for if they became seriously ill or frail, and just 5% have documented what their place of care preferences are.

Furthermore, 70% are confused about decision-making and consent protocols when caring for a seriously ill or frail older person.

The findings are contained in new research launched today by Safeguarding Ireland.

Responding to the findings, Safeguarding Ireland called for a major change in attitudes and behaviour on sensitive care issues with greater consideration, conversation and recording of wishes on where we would like to be cared for, if we became unable to live independently in the future.

The research, carried out on a nationally representative sample of 1,000 adults using RED C’s omnibus survey, found that just 21% of adults had personally considered where their preferred place of care would be if they were seriously ill or nearing death, just 17% had discussed this with a family member, friend, or other trusted person and only 5% had documented their preference.

Consideration of place of care was higher among older adults (65+), but still just 43% had considered it, 35% had discussed it and 9% had documented their wishes.

Safeguarding Ireland Chairperson Patricia Rickard Clarke said this finding showed very clearly the need for all adults, and particularly older adults with reducing capacity, to think about their wishes, talk with those they trust and document their choices.

“The message from Safeguarding Ireland is to PLAN AHEAD – turn your wishes into plans. Make known where they would like to be cared for. If in the future you did not have decision-making capacity where would you choose to live – at home with supports, with a family member or friend, in a nursing home or hospice, or remain in hospital?

“While it may not always be possible to deliver all of these wishes, by being known our preferences can be considered and respected. Planning ahead protects rights and respects choices. It is also recognised as the best step to safeguard against being treated badly, or experiencing adult abuse.”

Ms Rickard-Clarke encouraged people to complete the Irish Hospice Foundation’s Think Ahead form, a dedicated planning document, available at www.thinkahead.ie. Place of care preferences is one of many choices which can be recorded in the document.

Ms. Rickard Clarke also called for much clearer understanding of people’s rights, decision making-capacity and consent. “This research has confirmed our suspicion that consent for frail older people is often misunderstood. No-one has authority to make a decision for a person who has decision-making capacity. Their consent is always required. As long as a person has this capacity – where they are cared for is their own decision.”

The survey also asked respondents where their preferred place of care would be and this showed a strong preference for home over institutional care. 85% said they would be happy to be cared for at home with the necessary supports, 55% in the home of a family member, 33% in a hospice, 25% in a nursing home and 19% in a hospital.

Other steps which people can take to ‘plan ahead’ are to put in place an Enduring Power of Attorney, document future healthcare preferences and to plan finances.

Safeguarding means living safely, free from abuse of neglect. It means our choices, particularly if we are vulnerable, are clearly heard and respected.

More information, including the RED C research, can be viewed at www.safeguardingireland.org/public-awareness 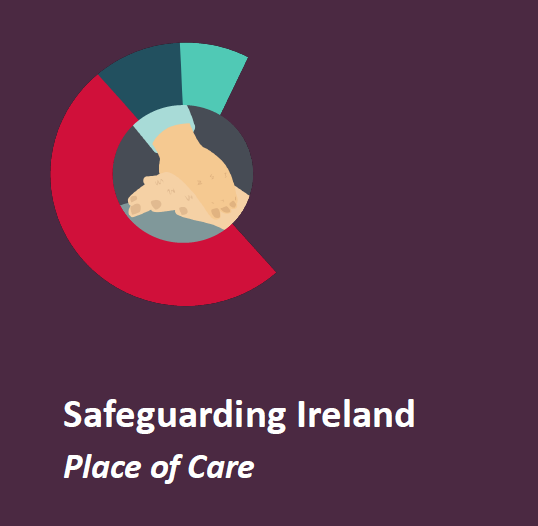