Government plans for a statutory homecare system, initially for older people, seem to be focusing on the development of a standalone scheme separate from the Nursing Home Support Scheme; sometimes called ‘Fair Deal’.  Mervyn Taylor, Executive Director of Sage Advocacy said that this separation of home care and residential care was short sighted and fundamentally flawed. “We need a continuum of support and care to be funded with a bias towards home which is where the vast majority of older people want to live for as long as possible – we need a ‘New Deal’.”

Speaking at the launch of a discussion document A New Deal  - A discussion document on funding long-term support & care Patricia Rickard-Clarke, former Law Reform Commissioner and Chair of Sage Advocacy, said “Putting in place a sustainable long-term care financing system requires detailed consideration by Government and substantial consideration by the public. This issue is not going to go away. Put simply, the question is how and where is Ireland to find the money to pay for long-term support and care in an ageing society.  In recent years, Ireland has shown the world that it can maturely deal with sensitive issues through structured public consideration and debate.  It is now time to debate and then decide on a system for financing long-term support and care in an ageing society”

Under current health and social care financing arrangements, people with specific conditions (e.g., stroke victims) receive free care within the acute hospital system but are subject to significant cost-sharing if they move to a nursing home or are cared for in their own homes.  This means people are treated differently because of their care setting.

Pointing to the range of potential options for funding long-term care Sage Advocacy has focused on an insurance-based social care model whose main features would include:

Explaining that long-term care includes support and care in the home, and not just residential care in a nursing home, Dr Michael Browne, author of the Sage Advocacy Discussion Document, pointed out that currently only care in a nursing home is on a statutory basis and that government plans for a statutory home care system must ensure a continuum of care.  “Despite the enormous strides in keeping people healthier for longer, the reality is that there will be growing numbers of people who may require some level of additional care for a period of 20 years or more of their lives and mostly in their own homes.  What needs to be realised is that the amount of time an older person can spend in a nursing home before end of life is currently, on average, around two years”. Dr Browne also called for a system of regulation for home care and noted that detailed proposals for such regulation had been prepared as far back as 2011 by the Law Reform Commission.

Noting that all political parties were working on their policies in advance of the next general election, Mervyn Taylor stated that “Ireland can and should aspire to a model of long-term care (e.g. Denmark) where the emphasis is on publicly funded long-term support and care provided for the most part in community-based settings”. He suggested that the implementation of Sláintecare provides a timely and, perhaps, once-off, opportunity for Ireland to address this hugely important matter. 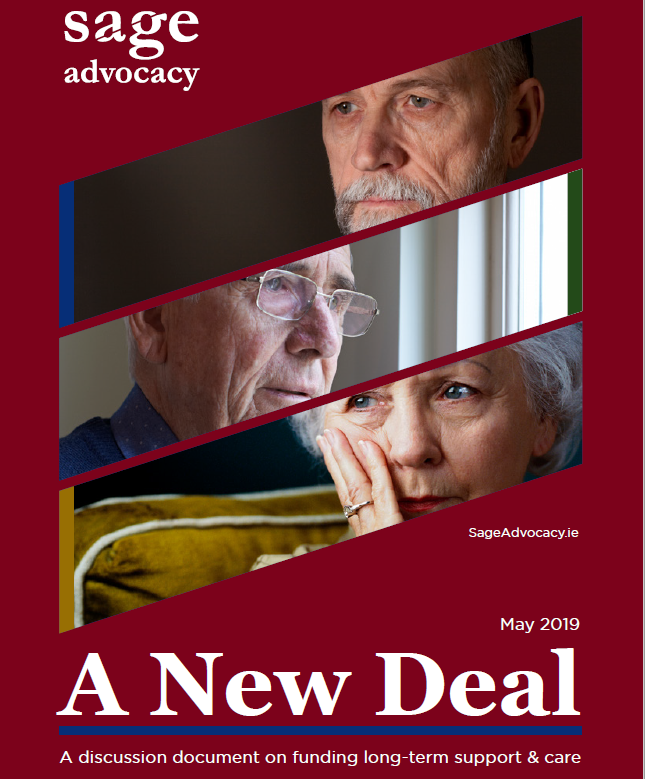