FORMER LAW REFORM COMMISSIONER CALLS FOR A NATIONAL COUNCIL FOR ADVOCACY May 29, 2019

Former Law Reform Commissioner Patricia Rickard-Clarke has called for the establishment of a National Council for Advocacy.  The call comes as new legislation on Assisted Decision-Making,  planned legislation on safeguarding adults and deprivation of liberty in places of care are likely to have a profound impact on the development of  advocacy services in Ireland.

Speaking at the launch of Sage Advocacy’s Annual Report for 2018, Chairperson Ms Rickard-Clarke, said a Council needs to be established to address issues such as skills, training, standards, data gathering and to promote coordination across the sector. “There is an urgent need to prepare for legislative changes which will formally recognise the practice of independent advocacy and part of the preparation must be the creation of a ‘common home’ for advocacy services and to ensure equity in funding based on performance” said Ms Rickard-Clarke.

“Sage Advocacy data for 2018 shows that the extent and complexity of our work is equal to, and possibly greater than that of the National Advocacy Service for People with Disabilities yet Sage Advocacy received almost 66% less funding. Advocacy services for people with mental health challenges are also underfunded despite an increasing need for services in this area” she said. “ While the HSE increasingly appreciates the important role that advocacy plays in promoting and protecting the rights and dignity of vulnerable adults, older people and healthcare patients we cannot continue having advocacy services directly funded through the HSE”.

Also speaking at the launch of Sage Advocacy Annual Report 2018, the Director of the Decision Support Service, Áine Flynn, said “Sage Advocacy has played a significant role in promoting awareness of the Assisted Decision Making (Capacity) Act 2015. This is a reforming legislation of considerable scope and ambition. We welcome the work and investment that Sage Advocacy has undertaken over the past number of years in helping to educate the public and stakeholders on the positive changes and also the challenges that the 2015 Act presents.

Referring to  the new public awareness initiative “Losing your Marbles” being launched by Sage Advocacy,  Ms Flynn said “The campaign being launched communicates clearly the key reforms and guiding principles of the new legislation. The campaign highlights the importance of the presumption of capacity and of supporting people as far as possible to make their own decisions. The 2015 Act emphasises privacy, autonomy, ‘the right to be unwise’ and respect for individual will and preferences rather than ‘best interests’. The 2015 Act provides for a code of practice for advocates, acknowledging the role which advocates may play in supporting decision-making.  A code of practice has been drafted and will be put out for public consultation prior to the full commencement of the Act.” 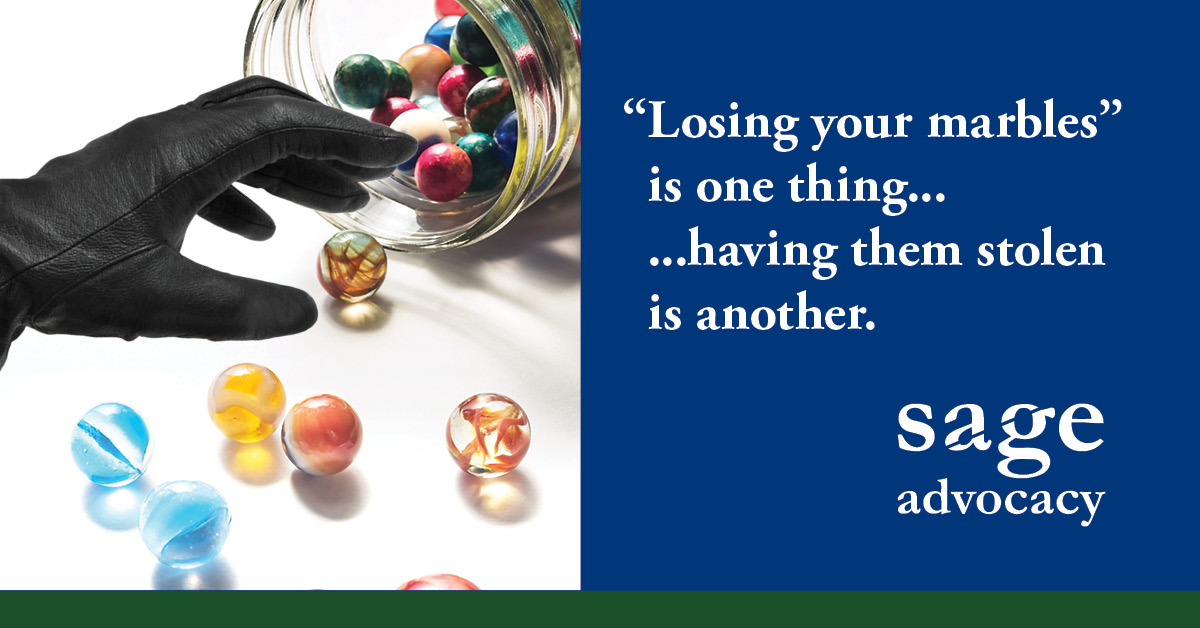