Today Sage Advocacy has launched an awareness campaign to highlight the deprivation of liberty of older and vulnerable people in places of care.

Sage CEO Mervyn Taylor said that up to 1,000 men and women may be held against their wishes in places of care in Ireland, deprived of their liberty.

They represented all those older people who are kept in places of care against their will, but who, with a little bit of support, could continue to live in the place of their choice, in their own homes.

Sage Advocacy is also launching a postcard telling the story of ‘Rosie’ and a number of other individuals whom Sage has assisted in leaving the custody of a nursing home.

Mr Taylor said the question is: “What are we offering our senior citizens? Is it care or is it custody? The right to have your voice heard and to participate in making decisions which affect you is a fundamental principle in a democratic society.”

Sage Advocacy is a support & advocacy service for vulnerable adults, older people and healthcare patients. Advocacy is about the right to have your voice heard and to participate in the making of decisions which affect you.  It is a fundamental principle of a democratic society and it is simply stated as "Nothing about you / without you".

The development of Sage Advocacy has been influenced by the scandals of Leas Cross in 2005, and Áras Attracta and Portlaoise Hospital in 2014.

First established in June 2014 as a support and advocacy service for older people by the HSE, The Atlantic Philanthropies and Third Age, it was in 2016 asked to explore how it might address some of the more systemic issues relating to people with intellectual disabilities in the South-East. Sage Advocacy clg was established in September 2017 and on March 1st 2018 it assumed full responsibility for the governance and future development of the service.

On July 1st 2018 the patient advocacy services, previously provided by Patient Focus, moved to Sage Advocacy which is now a support and advocacy service for vulnerable adults, older people and healthcare patients.

“ Nothing about you without you”. 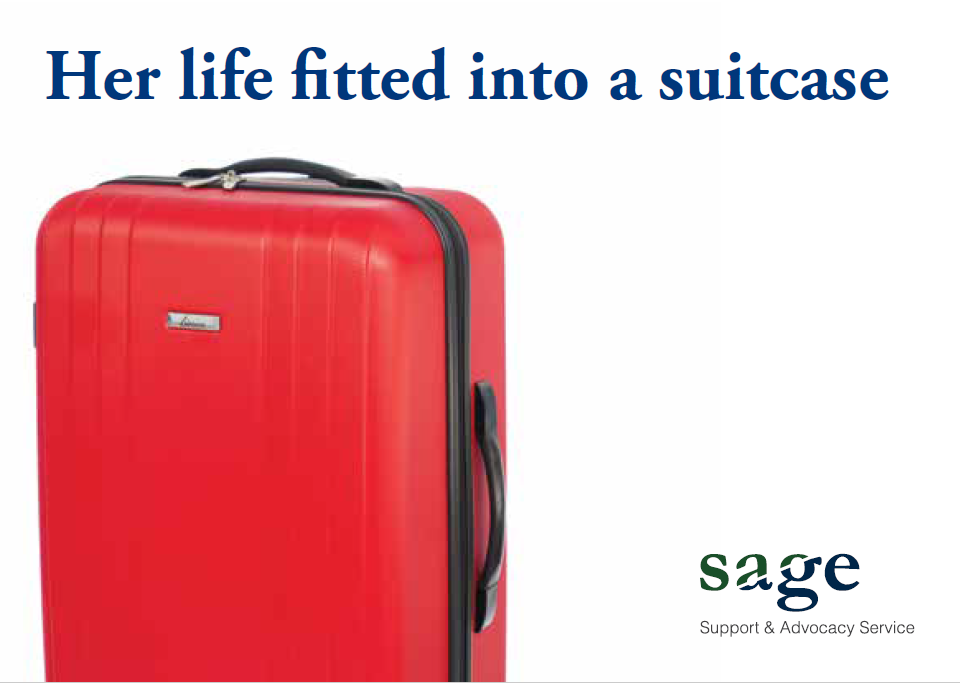